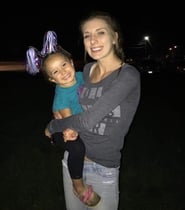 Site Champions play a significant role in the success of Equiscript home delivery pharmacy programs across the country. They serve as the primary point of contact between the Equiscript team, providers, and patients. Site Champions are super-organized, super-involved superstars who carry out the tasks necessary to make a successful pharmacy program.

Hopewell Health Centers (HHC) is a Federally Qualified Health Center (FQHC) that opened its doors in 2013. Now in its sixth year of service to its community, HHC spans nine counties with twenty-two locations across Southeast Ohio.

Kylie Shaw serves as HHC’s Site Champion at their Athens site for their Equiscript Home Delivery Pharmacy Program. Kylie said she likes being the Site Champion because she likes knowing she’s helping patients who have difficulty or who may not be able to get to a pharmacy.

When asked about what has helped her with program efficiency, Kylie said, "I have found that giving the nurse and/or provider the request forms personally or in their mailbox works great. This way, I know they have received it."

Equiscript Client Relationship Manager Juli Kernodle nominated Kylie and said, ”I nominated Kylie because she enthusiastically and immediately took ownership of her new role as the Hopewell Athens Site Champion. She personifies the word 'Champion' in that she is eager to serve as a resource for her team to further their understanding of the benefits of the home delivery pharmacy program to serve the patients in Southeastern Ohio. I am so happy to work with someone as invested as Kylie!”

Site Champions help to ensure that patients get the best quality service, and that they get their medications when they need them - which keeps patients happier, healthier, and more compliant with their healthcare. Thank you, Kylie, for being a top-notch Site Champion!