A new article from Gallup details uninsured rates by state, and changes to those rates since 2013.  The period from 2013 - 2016 is important because the Affordable Care Actmarketplace opened in October 2013, and Medicaid expansion, a program that was initially mandatory for all states, and was later made a state choice, began in 2014. 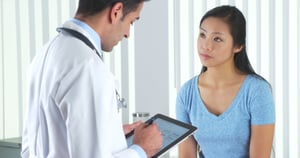 The data on insured rates was gathered as part of the Gallup-Healthways Well-Being Index, an annual report that highlights important trends in health and well-being, based on consumer polls.

According to the report, six states reduced their uninsured rates by 10 percent or more between 2013-2016:

These states all opted to expand Medicaid at the state level.

Uninsured rates fell in all states between 2013-2016, though the decrease was less significant in some states than in others.  Of the states with the smallest decreases in uninsured population, about half took part in Medicaid Expansion.

States with the smallest decrease in uninsured rates between 2013-2016: