Low Carb or Low Fat: Which is More Effective for Weight Loss?

Low carb, or low fat? It’s an ongoing argument in our weight-challenged culture, and with the recent advances in genomic testing, some people have wondered if their genetic makeup determines whether they’d be more successful losing weight eating one way or the other. Some Stanford University researchers recently decided to find out. The primary investigator describes their findings as “The most exciting null finding you have ever heard about.” What’s a “null finding”? Read on - 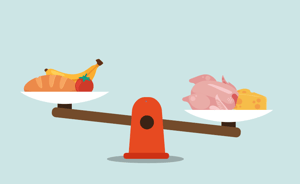 It’s called the DIETFITS Study, a 12-month trial of 304 people randomly assigned to the low-carb group and 305 people going low-fat. Both groups contained approximately half men and half women. Specific genetic and metabolic markers were assessed in each participant. Each group contained people with a Body Mass Index (BMI) of 28.0 - 40.00, meaning they’d each need to lose 15-100 pounds in order to achieve a healthy weight. (You can check out your own BMI here, and children & teens BMI Percentile as well.)

Researchers had no preference for one diet over the other. They were looking at a couple of genetic and metabolic markers that might predict whether an individual may expect to lose more weight going “low fat” vs. “low carb.” In this engaging, lively podcast for non-scientists, lead researcher Christopher Gardner, Ph.D. states they did wonder if participants with pre-diabetes may lose more weight on the low-carb diet as opposed to the low-fat option. Here’s Dr. Gardner’s “exciting” null finding : Each genotype lost the same amount of weight on each plan, and a person’s metabolic state (pre-diabetes or no pre-diabetes) did not predict whether they lost more weight on low carb vs. low fat diet!

Side note: in 2015, the CDC reported that 30.3 million Americans have pre-diabetes, and the majority do not know it.

The DIETFITS study contained some unusual features, such as THERE WAS NO CALORIE LIMIT AND NO STRUCTURED MEAL PLAN! Some people decided on their own to track their intake; others did not. Both the low-carb and the low-fat groups were given guidelines to follow but were not asked to stay on a prescribed diet, given the one-year duration of the trial. Because there is no single definition of low-fat or low-carb among nutrition professionals, researchers were interested in the most practical version that participants could stick with - and importantly, feel satisfied with - over the long haul. Participants were advised to focus on the QUALITY of food eaten - minimal processed & prepared foods, more meals made at home. They were directed to do everything possible to avoid refined carbs and added sugars (packaged foods; fast food; sweet beverages), but were encouraged to eat as many low-carb vegetables as they needed to in order to feel full. Participants self-adjusted food intake up or down to find their own sweet spot for losing weight while feeling satisfied, without feeling hungry or constrained. Have your past diets offered that degree of flexibility? 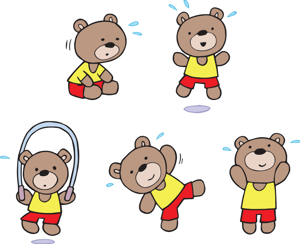 What worked for both groups? Dr. Garner believes diets fail because they’re something you go on - then go off. People feel restricted & miserable then abandon the diet, having gone into it as a temporary situation. The participants in each group who were successful at losing weight followed the three recommendations: minimize refined carbs & sweet drinks; avoid added sugars; and fill up on low-carb vegetables. They told researchers the study had helped them change their relationship with food, that they found they had been in the habit or mindless eating - sodas, snacking, eating in the car. They described the new way of eating as sustainable over the long term, and they felt full and satisfied. That sounds like an outcome anyone would be happy with. 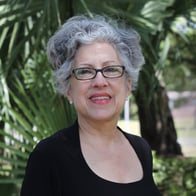 Donna LaBrasca is the Quality Assurance and Training Coordinator at Equiscript. She spent her undergraduate years studying Psychology at Clemson University, then received a Master's degree in Counseling from The Citadel. Donna has been a Certified Diabetes Educator since 1989 and enjoys keeping up to date with new research. Reading, cooking, and BBC dramas are hobbies of Donna's. She has also been a Master Gardener almost three decades and even xeriscaped her yard!